By: Haylee Leayman As you know COVID-19 has affected everyone, especially students and the way they learn. Here […]

END_OF_DOCUMENT_TOKEN_TO_BE_REPLACED

When Rick and Morty season 4 returns to your tv screen in November of 2019, it will have been a little more than 2 years since the last episode of season 3 aired. Why so long of a wait?

END_OF_DOCUMENT_TOKEN_TO_BE_REPLACED

The third season of the Hulu original show The Handmaid’s Tale has ended leaving Emily and Nichole free, while June continues her struggle in Gilead. The season began right where season 2 left off, on the night when June gave up her daughter, Nichole, and the chance to be free.

END_OF_DOCUMENT_TOKEN_TO_BE_REPLACED

Winter is Coming, we were promised all year. Well, winter has come and gone in just three episodes and now we’re fighting in a desert. Looking towards the finale, it’s not winter that concerns us however, it’s fire. Specifically, dragonfire is the main focus, after an explosive episode 5 that set the stage for one final conflict against a “villian” no-one expected. Finally fulfilling her long foreshadowed turn towards ‘madness’, Daenerys Targaryen, the Breaker of Chains and Mother of Dragons, has transitioned into a sort of anti-hero after committing genocide against the million citizens of King’s Landing last episode; as she promised at the beginning of the episode, “let it be fear.”

END_OF_DOCUMENT_TOKEN_TO_BE_REPLACED

Two reviews by two of our staff members.

Avengers Endgame was an amazing spectacle of a movie. It was a thrilling ending to the Infinity Saga of Marvel. Without spoiling anything the way it ends brings almost everyone’s story arc back full circle and give an agreeable conclusion to each character (that will no longer continue). This movie really helps to emphasize the end in Endgame.

END_OF_DOCUMENT_TOKEN_TO_BE_REPLACED 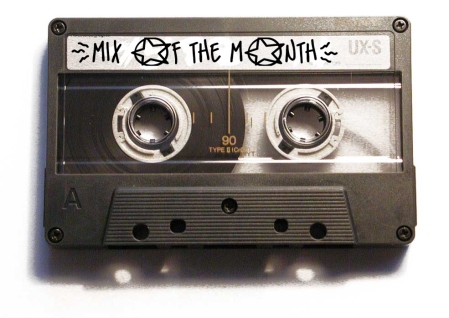 As National Poetry Month draws to a close, enjoy the following playlist of poems for every mood or occasion.

From sadness to joy, from love to heartbreak, this poetry playlist has practically every kind poem you may need for any type of feeling. From personalities like Maya Angelou and Robert Frost to lesser-known but still exemplary writers such as Linda Ori and Pat Mora, we bring you the perfect poetry playlist to enjoy at any occasion.

END_OF_DOCUMENT_TOKEN_TO_BE_REPLACED

Ah, the 1980s. Aside from the big hair and the neon colors, the 1980s was stocked with cinematic masterpieces as well as feel-good family hits. Here is a sample of some of the most nostalgic throwbacks and prominent, influential cinema.

END_OF_DOCUMENT_TOKEN_TO_BE_REPLACED

While this is only a small sample of all the romantic comedies that are out there, these movies is your pre-approved Valentine’s Day watchlist, whether you’re for this sappy holiday or you’re lying on the couch eating ice cream.

END_OF_DOCUMENT_TOKEN_TO_BE_REPLACED

Adapted into a movie on Netflix, Dumplin’ by Julie Murphy is a book that addresses many insecurities that girls grapple with today. Self-confidence and being true to yourself are the two of the many themes in the book, which causes it to be engaging as well as empowering. The main character in the novel, Willowdean Dickson, is our plus-size heroine, who enters the local pageant in hopes of taking a stand in her small Texan town. Which oh-so-happens to be run by her beauty queen mom. Friendships are formed and tested as we see Willowdean, aka Will, show her town that it’s not all about having a Barbie-like body.