Memorial Day is a federal holiday in the United States for honoring and mourning the military personnel who have died in the performance of their military duties while serving in the United States Armed Forces. The holiday is celebrated on the last Monday of May, as of this year, it fell on May 31st. Memorial Day will always fall on a Monday, resulting in a 3-day weekend that many believe is the unofficial start of the summer.

Many Americans celebrate by visiting cemeteries and memorials, holding family gatherings, and participating in parades. Various towns and cities decorate the graves with wreaths, flowers, and flags as a sign of remembrance. Over Memorial weekend, my family and I visited my great-great-uncle, who served in the Navy during World War II, and my grandfather, who served in the Air Force. Our family is not able to visit my Great Uncle Stanley Nocek’s grave. Private Stanley Nocek was killed in action on February 16th, 1945, in Corregidor, P.I., 462nd Parachute Field Artillery Battalion, 503rd PRCT. Due to the enormous number of U.S. military members killed in action, they could not be brought back home; they were buried in cemeteries in the area. 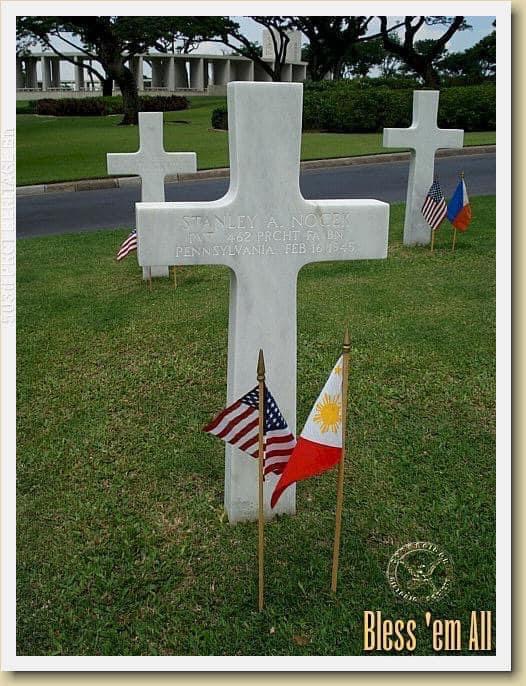 The Steel Stacks held an event that the ArtsQuest and Embassy Bank hosted, called “Time to Remember” on May, 31st at 3 p.m. During this event, Kendal Conrad sang the National Anthem and God Bless America, Chris Poczak played Taps on trumpet, and a reading, by the Lehigh Valley Gold Star Mothers, of the names of those who lost their lives during service. “Our Home Town Heros” was a presentation that displayed who is currently or who has served in our community.

Boyertown also held an annual parade which started at the Boyertown High School Monroe Street entrance at 9:15 a.m. on May 31st. The parade traveled through Philadelphia Avenue to the Fairview Cemetery. The service began at 10:00 a.m. to honor those who have served.

On May 5th, 1868, General John A. Logan proclaimed that there should be a “Decoration Day” that’s to be celebrated annually and nation-wide. General John A. Logan states, “The 30th of May, 1868, is designated for the purpose of strewing with flowers, or otherwise decorating the graves of comrades who died in defense of their country during the late rebellion, and whose bodies now lie in almost every city, village and hamlet churchyard in the land.” In 1966, Congress and President Lyndon Johnson declared Waterloo, N.Y., the “birthplace” of Memorial Day. There, a ceremony on May 5, 1866, honored local veterans who had fought in the Civil War. The Civil War ended in the spring of 1865, claiming more American lives than any other conflict in U.S. history to that point in time, requiring the county’s first national cemeteries.

By 1890, all northern states had made “Decoration Day” an official holiday, while southern states continued to honor the fallen soldiers on separate days. This day was originally meant for the lives lost in the Civil War, but during World War 1 the holiday expanded to all wars, including World War 2, the Vietnam War, the Korean War, and the wars in Iraq and Afghanistan.

As Barack Obama once stated, “Our nation owes a debt to its fallen heroes that we can never fully repay.” We have set aside this day for remembrance, but we must never forget what the soldiers have sacrificed and thank them everyday for their heroic actions.