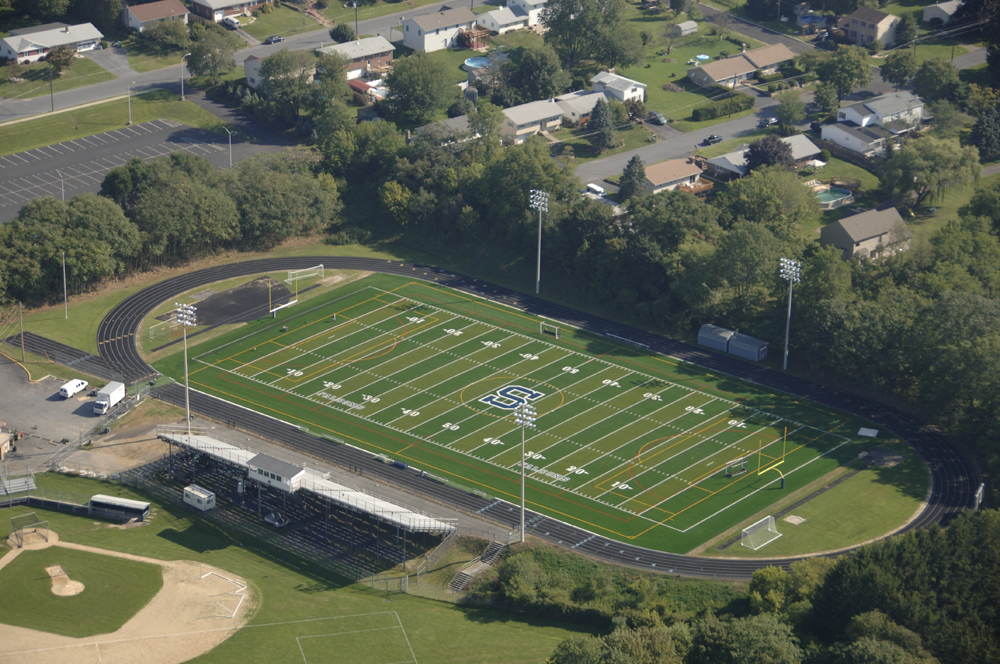 The Salisbury Falcons’ football season has come to an end. The 2-8 record comes as an extreme disappointment to the team and especially the leaving seniors. The Falcons ended the year on a 4 game losing streak losing to Northern Lehigh, Bangor, Palmerton, and Southern Lehigh. Their two wins came against Wilson (21-7 win) and Catasauqua (35-7 win). It was a tough season in which their opponents scored almost double the number of points that they did. The team was riddled with injuries and position changes throughout the season. Injuries included basically every position on offense and defense. This included starting quarterback and linebacker, Jacob Kamp, who could not even start as QB for his last game as a Falcon. These injuries, previous seniors leaving, and a need for position changes all contributed to their losing record.

Those leaving this year are Delano Mckenzie, Jacob Kamp, Jarell Rios, Josh Herczeg, Jack Frankenfield, Dan Jennings, and Lucas Reichard. These seniors last game ended with a devastating 50-0 loss to Southern Lehigh. This was not the happy ending all the seniors were hoping for. Senior, Delano Mckenzie, had this to say about the season, “Obviously it didn’t end well but I’m grateful I got to play with my teammates, who I’ve been playing with since I was little, for one last time.” He was disappointed that it had to end and also added what he would miss, “Putting my body on the line for my brothers every Friday night. The buzzing feeling after a big hit, twisting my ankle or bending my knee and getting up and playing the next play because I know I only have a few games or plays left in my high school career.” Delano is looking to go to college next year and is thinking about continuing his football playing career. He is hoping to make a D2 college team or get some scholarships for football or track and field.

Although the Falcons .200 winning percentage was not exactly what they are looking for, the team is optimistic for the future. Head Coach, Andy Cerco, will be returning next season to try to lead the Falcons to a better record. The Falcons worked very hard this year and will continue to do so this offseason to try and improve for the team. New players will join and the injuries will hopefully be down. The entire team and especially the seniors are saddened by the regular season exit, but the continuing players are ready to go next year, hoping for the best.